Spring enables you to build applications from “plain old Java objects” (POJOs) and to apply enterprise services non-invasively to POJOs. This capability applies to the Java SE programming model and to full and partial Java EE.

Examples of how you, as an application developer, can use the Spring platform advantage:

The Spring Framework consists of features organized into about 20 modules. These modules are grouped into Core Container, Data Access/Integration, Web, AOP (Aspect Oriented Programming), Instrumentation, and Test, as shown in the following diagram. 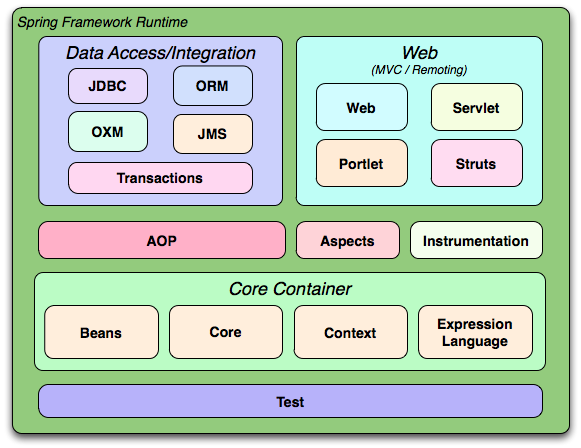 Overview of the Spring Framework

The building blocks described previously make Spring a logical choice in many scenarios, from applets to full-fledged enterprise applications that use Spring’s transaction management functionality and web framework integration. 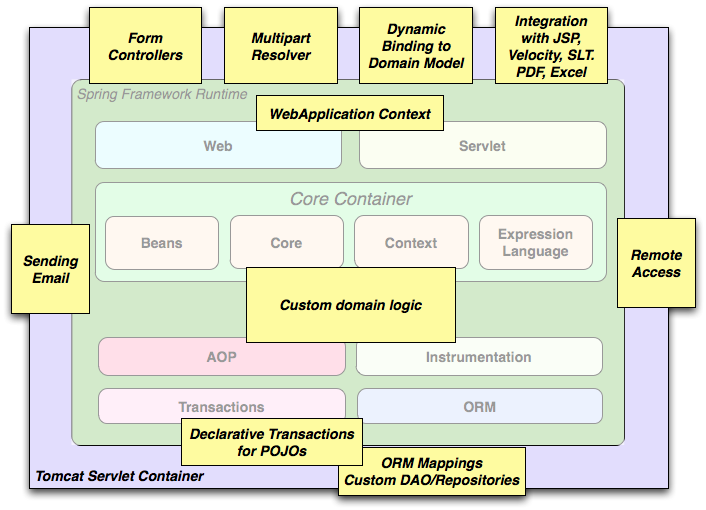 Spring’s declarative transaction management features make the web application fully transactional, just as it would be if you used EJB container-managed transactions. All your custom business logic can be implemented with simple POJOs and managed by Spring’s IoC container. Additional services include support for sending email and validation that is independent of the web layer, which lets you choose where to execute validation rules. Spring’s ORM support is integrated with JPA, Hibernate, JDO and iBatis; for example, when using Hibernate, you can continue to use your existing mapping files and standard Hibernate SessionFactory configuration. Form controllers seamlessly integrate the web-layer with the domain model, removing the need for ActionForms or other classes that transform HTTP parameters to values for your domain model. 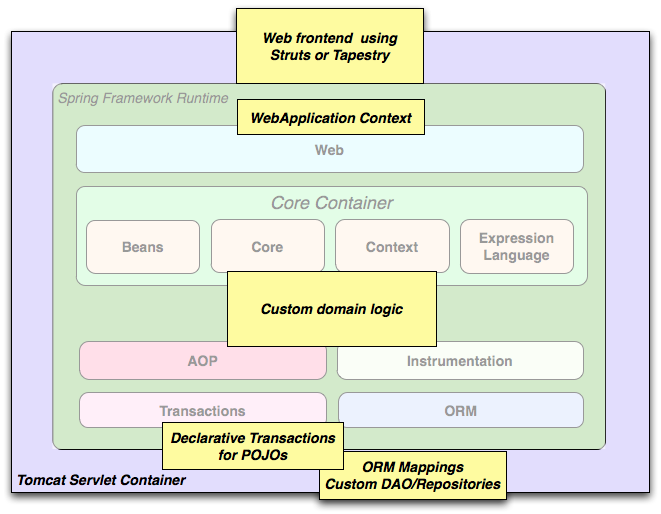 Sometimes circumstances do not allow you to completely switch to a different framework. The Spring Framework does not force you to use everything within it; it is not an all-or-nothing solution. Existing front-ends built with WebWork, Struts, Tapestry, or other UI frameworks can be integrated with a Spring-based middle-tier, which allows you to use Spring transaction features. You simply need to wire up your business logic using an ApplicationContext and use a WebApplicationContext to integrate your web layer. 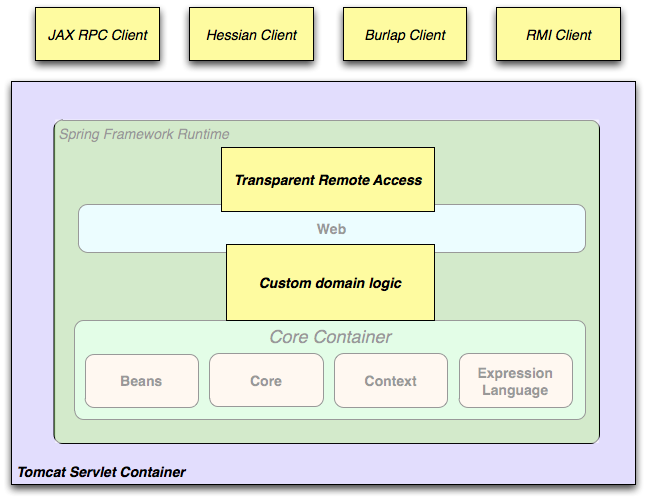 When you need to access existing code through web services, you can use Spring’s Hessian-, Burlap-, Rmi- or JaxRpcProxyFactory classes. Enabling remote access to existing applications is not difficult. 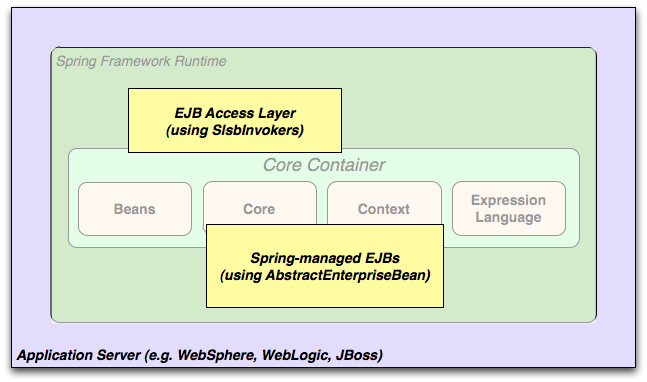 The Spring Framework also provides an access and abstraction layer for Enterprise JavaBeans, enabling you to reuse your existing POJOs and wrap them in stateless session beans for use in scalable, fail-safe web applications that might need declarative security.

In the following list there are some of the great benefits that Spring framework provides:

It has downloaded the maven dependencies and a pom.xml file will be created. It will have the following code:

The rest dependencies will be automatically resolved by Maven, such as AOP, Spring Core, Spring Beans etc. The updated file will have the following code:

It is a simple Java class with a single attribute plus the corresponding getter and setter method for the same. Add the following code to it:

This class helps in loading the beans configuration using the BeanFactory object and calls the getBean() method to get the instance of a bean during the Spring runtime environment. Add the following code to it:

Once the XML file is created, we will add the following code to it:

Executing the AppMain class, developers will see that the value injected as property in the XML file for the HelloWorld class gets displayed on the screen. Developers can debug the example and see what happens after every step.