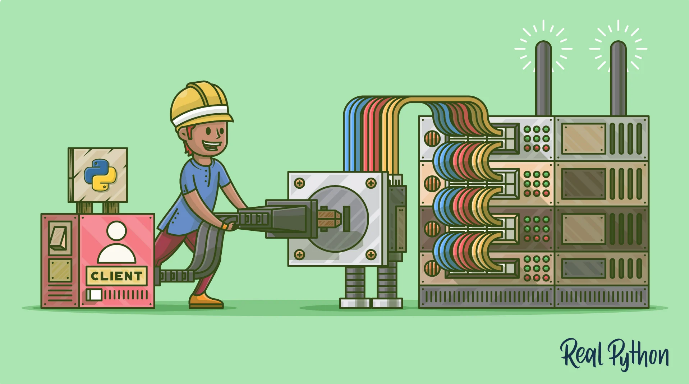 Berkeley Sockets Interface, or simply sockets, is a standardized set of communication functions launched by UC Berkeley in the early 1980s for their Berkeley Software Distribution (BSD). 30 years after its launch, this programming interface is offered in almost all popular programming languages (Java, C#, C++, …) .

The concept on which this interface is built are the sockets by which an application can connect to a network and thus communicate with another application connected from another computer.

A socket is a socket through which an application can send and receive data. This plug allows the app to connect to a network and communicate with other apps that are connected to it. Information written on a socket from one machine is read on the plug of another machine, and vice versa. There are different catch models, depending on network protocols TCP/IP4 sockets are the most common. The first programming interface (API for application programming interface) implementing the sockets was developed by the University of Berkeley for their Unix, in the 1980s. It is one of the first open source products in history.

The socket function of this API is used to create a certain type of socket. The type of socket will be chosen based on the communication technology to be used (for example TCP/IP). The API allows server software to serve multiple customers simultaneously.

Once the connection is established, the send and recv functions are used to send and receive information, respectively. A gethostbyname auxiliary function allows you to obtain a machine’s IP address by querying the DNS, an address that will be used by other API functions.

Each socket has one type and one or more processes associated with it. It is also characterized by the field of communication in which it is located. The latter is an abstraction that allows to group processes with common properties and communicating through sockets. Normally, a socket can only exchange data with a socket in the same communication area.

The different types of sockets depend on a few properties visible to the programmer. There is nothing to prevent two sockets of different types from communicating with each other if the protocol used supports it — even though the processes are supposed to communicate only by sockets of the same type.

There are usually four types of sockets: